A picture of part of what was proposed for Caltongate: new devs want old consents renewed

This is not about Craighouse but we have been asked to inform people about what is happening over Mountgrange’s notorious plans for Caltongate in the Old Town.

The old consents are up for renewal by the new owner of the site and the deadline for comments/objections is this Friday.

As most of you will know, these plans provoked huge controversy and large numbers of objections from all over Edinburgh and beyond. They included the demolition and partial demolition of historic buildings in or around the Old Town.

Mountgrange subsequently went into administration, but the site was bought by a new set of developers who are now looking to keep permission for the old plans despite the fact the Caltongate plans did not get built within the time-limit of the associated permissions. The consents for Mountgrange’s old plans should lapse in Summer of this year if they are not renewed. The new developer, Artisan, is supposed to be putting forward new plans, but say they want to renew these old plans in order to maintain the value of the current sites. This included the demolition or partial demolition of historic buildings. And Artisan doesn’t own all of the site as Mountgrange never fully paid the council for all of the individual sites before it went into administration.

The destruction to Edinburgh’s heritage was argued on the basis of “economic development” and various other promises of improvements to the area. However the “economic development” and “regeneration” was a disaster for the area, leaving the site derelict for years and Bank of Scotland with huge unpaid debts. The council lost quite a bit of money on this scheme as well. So, why renew these old consents for land the developer doesn’t even own (in some cases)? The developer is already negotiating to reduce conditions attached to these consents and reduce the financial contributions considerably (for example, tram contributions have gone from around£1m to £50,000). So should developers be allowed to have cakes and eat them too? How does this help the local community ensure that a good development scheme happens in this area?

Objecting to these failed consents will not prevent a good new regeneration scheme being approved, because there is a strategy for the area to enable regeneration.

Those concerned about what happened at Caltongate might want to know that there is now an application in to renew these consents and may want to comment.

Some of the planning consents proposed to be renewed for a further 3 years that you might be interested in include demolition of listed building The Canongate Venture, partial demolition of the Old Sailor’s Ark and Macrae Tenements. The applications are below

Demolition of the historic Canongate Venture

including raised podium playground together with supporting walls and boundary railings to be demolished: 13/00106/FUL 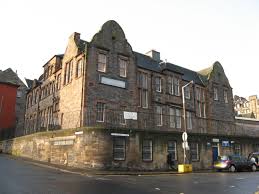 Sailor’s Ark on the Royal Mile: Demolition of building apart from retained facade

Macrae Tenements on the Royal Mile

Demolish buildings on Royal Mile with part-retained facade: 13/00106/FUL, extend consent: 07/01206/CON. All associated curtilage and out-buildings will be demolished.

WHAT CAN YOU DO?

You can click on the above links to object to the demolition of historic buildings in this important historic area. There are also numerous other related consents you may want to c object to/ comment on. We cannot list them all but more information is available here. We would encourage anyone who cares about historic buildings and our city to look at these proposals and ask if they are the best we can do for our city and ask why we are extending past consents that would allow historic buildings to be demolished for no reason when other plans are supposed to be being drawn up.

2 Responses to Other News: Application to Renew Old Caltongate Plans and Demolition/Partial Demolition of Listed Buildings