Posted on March 6, 2012 by friendsofcraighouse 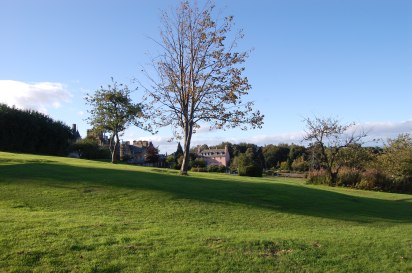 We were contacted today by the Evening News about the new Community Liaison Forum  that is meeting next week.

We were a little surprised not to receive a formal invitation by The Craighouse Partnership themselves before the press release was issued – but we are looking forward to taking part and discussing some of the issues with the other community representatives invited. It is a shame this is not an open meeting for the general public to attend, but we hope a productive dialogue will emerge and we will try and keep our members informed going forward.

The Community Liaison Forum was something The Craighouse Partnership talked of on their website – initially for the summer of last year. It was subsequently dropped, but the idea was revived again recently and has been something the Friends have been enquiring about for some time.

We hope to get some evidence of maintenance costs, some proper examples of the cross-subsidising maintenance model they are proposing (and been unable to evidence so far), and track record.

It is clear reading a recent report from the Head of Planning to the Development Management Sub-committee, published on the Council’s website, that what has been proposed so far is completely contrary to the Local Plan and the array of protections on the green space and woodland at Craighouse. It says:

The Partnership is arguing that their cross-subsidising maintenance model should be allowed to contravene planning policy. We hope that the Partnership will release proper figures on maintenance in advance of the meeting as we have been asking. Along with evidence of successful examples of this model elsewhere.

Further to this, the Simpson and Brown Conservation Audit, commissioned by Napier and written by the Partnership’s own architects, is clear that there should be no building over the orchard. The report says the views from the site are:

“one of the most important elements in terms of landscape character”

“some of the most important views from the site”.

This audit says this whole area: “should not change”.

So the question remains – why are The Craighouse Partnership therefore proposing a road and 3 storey housing development over the orchard?

We look forward to taking part in the Community Liaison Forum in the hope of helping to create an open and honest dialogue to help ensure the sensitive development of the listed buildings, the preservation of  the protected green space and woodland and the safeguarding of full and free ongoing public access to this very special site.

A local group wanting to preserve the beautiful Craighouse Campus site in Edinburgh.
View all posts by friendsofcraighouse →
This entry was posted in Uncategorized. Bookmark the permalink.