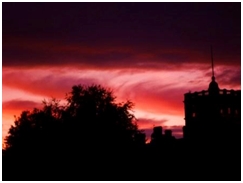 Today, I found myself listening to Andrew Motion’s set of dramatic and moving poems to mark Armistice Day on Radio 4, Laurels and Donkeys.

I was particularly struck (and moved) by a section dealing with shellshock sufferers. The nightmare panic; the juddering limbs, the fractured,  shot-to-pieces nerves of people who had seen things most of us can barely imagine. I remember being told about my mother’s great-uncle – who suffered the whole of his life and had to be looked after by the family  due to this terrible condition – so little talked about then, even in our own family.

No doubt they’ll soon get well; the shock and strain
Have caused their stammering, disconnected talk.
Of course they’re ‘longing to go out again’, –
These boys with old, scared faces, learning to walk.
They’ll soon forget their haunted nights; their cowed
Subjection to the ghosts of friends who died, –
Their dreams that drip with murder; and they’ll be proud
Of glorious war that shatter’d their pride…
Men who went out to battle, grim and glad;
Children, with eyes that hate you, broken and mad.

Of course the Craiglockhart Hospital, where the Craiglockhart campus is now, was famous for being the hospital where Siegfried Sassoon and Wilfred Owen were treated by Dr W.H.R. Rivers, as immortalised in Pat Barker’s Regeneration trilogy.

But I didn’t realise that the asylum at Craighouse itself – part of the Royal Edinburgh Hospital for Mental and Nervous Disorders (so named after 1922, as “hospital” was seen as a nicer word than “asylum”) – also “pioneered the treatment of ‘shell-shock’” (The Journal).

The Thomas Clouston clinic, as it came to be known later after 1972, was so named after the Physician Superintendent of the Royal Edinburgh Asylum in Morningside who pressed for the original purchase of the site and who called the grounds “the most beautiful site in Edinburgh”.

Certainly the peaceful landscape at Craighouse must have been a far-cry from what those  shell-shock sufferers must have seen in the trenches of the First World War. I just hope that some of them managed to get some comfort from it.

To listen to the Andrew Motion poems for Armistice Day please visit http://www.bbc.co.uk/programmes/b016x4t3

For more about attitudes towards and treatment of shell-shock go here.

1 Response to Craighouse and Shell-shock